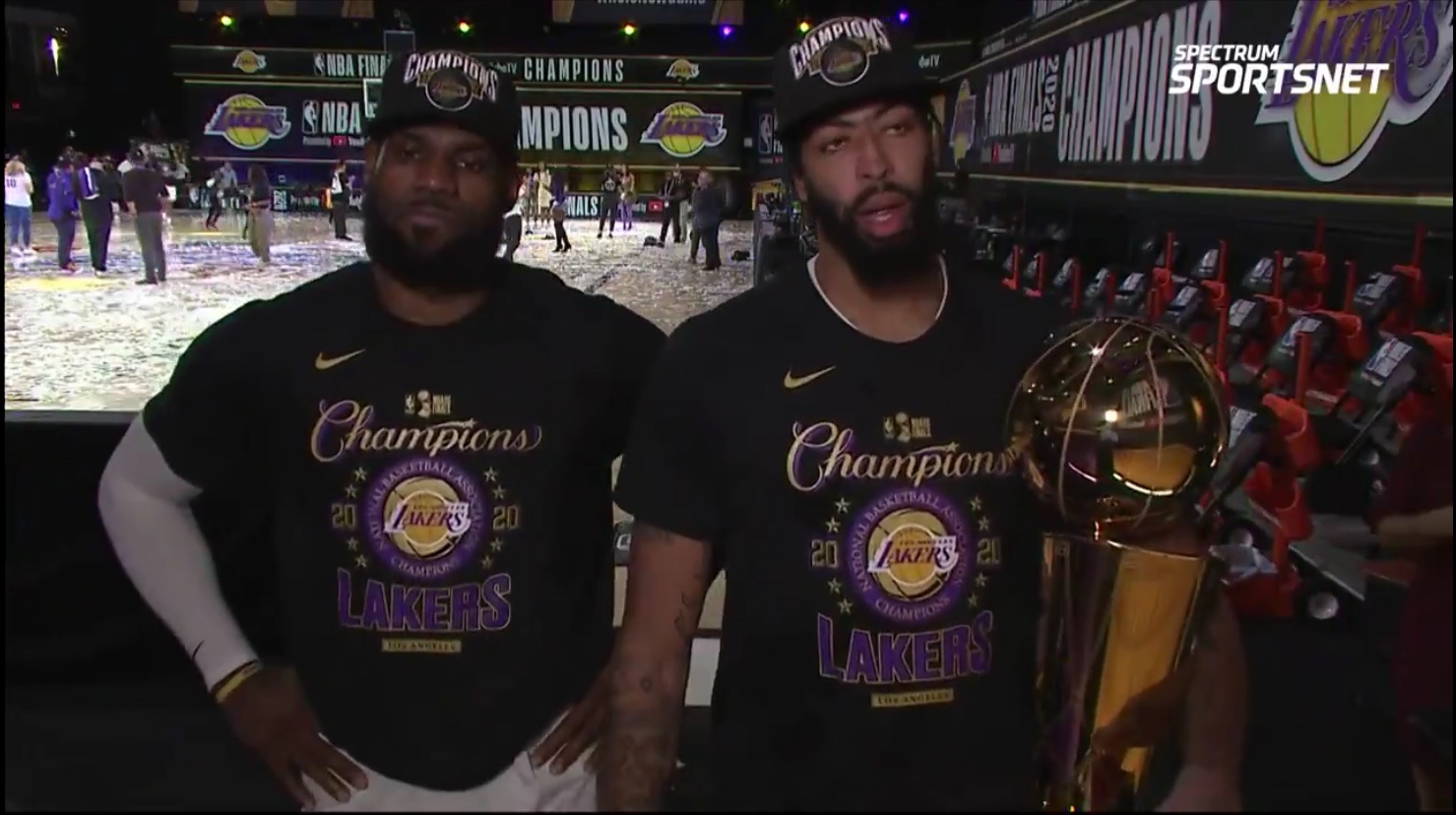 Tiger Fight, October 12 In the sixth game of the finals that ended today, the Lakers defeated the Heat 106-93, and the series won the championship with a 4-2 score. After the game, Lakers forwards LeBron James and Anthony Davis were interviewed on the sidelines.

When asked how it feels to win for the Lakers, James said: "It feels great. I'm here for a reason. I'm here to bring this team back to where they are used to. For me, wear It’s an honor to get on the Zijin jersey from the first time I stepped on the training ground. From our first preseason game, I remember playing against the Nuggets until this moment. You know, too many players on and off the stadium. Legends have been on this team, and we can make ourselves among those legends, which means too much. It is an honor to be able to play, prepare for the game, train myself for this process, when everything goes well , You have completed your goal. This is an incredible moment."

Davis said: "It feels great. I worked hard and was traded here. I know that the goal of the two of us and this team is to win the championship. As he said, re-establish the Lakers nation in people’s vision. In. I won the championship in my first year here? I don’t want to answer any more questions, I want to go back to the party!"